A conflict begins—disagreement, debate, dispute—a tinderbox of ideas and agendas generating sparks directly proportional to the force of the argument and the resistance encountered: Which side are you on? Who do they think they are? Can’t they see how wrong it is? Why do we even have to discuss a decision that is so obvious?  Some demand resolution at all costs. Others desire never to speak of the-conflict-that-shall-not-be-named. A few insist on what wasn’t even part of the discussion. Many decide it’s not worth the effort.

From a young age, I was one of those who decided conflict wasn’t worth the effort or the possible relational fallout. Yet, in my first career, conflict raged so hot and often in the fast-paced manufacturing setting that I found myself near the opposite end of the spectrum—ready to refute and quick to resist. All of us have a relationship with conflict shaped by our environments and natures. Conflict is as old as Cain and Abel, as widespread as hurt feelings, and can burn so deep whole generations are swallowed by entrenched caverns created by years of eroded trust—isolated hollows which serve more as echo chambers than protected spaces of attentive grace.

And yet, conflict can also be formative. Ask Nathan, the prophet, about when he confronted King David, and a sinful heart became repentant. Ask Deborah, the leader of the Israelite nation, about the time when most were selfishly pursuing their own ends, and people would come from far away with their conflicts to submit to her wise resolutions. Ask Jesus of Nazareth, who kindled debate among the hypocritical religious leaders of that day to apply a refining fire to their legalistic traditions.  The very word conflict  means to “strike together,” and if iron strikes iron at the right angle and pace sparks may fly, but honing, sharpening, and straightening can be achieved as well.

And yet, conflict can also be formative.

Now, five years into the pastorate, I’ve developed a different relationship with conflict, taking lessons from the myriad disputes to which I’ve been witness and participant. I’ve observed when conflict is avoided dysfunction consumes, but when conflict is wielded too often relationships are razed. So, rather, I now view conflict as a tool only to be employed when other interventions have failed, and only applied with the precision of truth and the purpose of love. Since it is difficult to keep the beneficial, formative aspects of conflict in the forefront when frustration, anger, and hatred can flare, having a posture which employs holy love and rests on truth is critical to wise discernment.

Years ago, a fellow believer disagreed with the way our church taught new disciples. Their approach differed from the church’s methodology and end goals of the discipleship process—a significant departure from what had been taught and practiced. Leaders from the church first sat down with the person to listen to the opposing perspective. Several weeks passed as leaders conferred, and the one in disagreement began visiting fellow church members to discuss with them the changes that needed to be made to the discipleship program. Both the leaders and the fellow believer felt they had Biblical justification for their positions. A decision needed to be made, but the conflict had already started to threaten far more than only this issue. At a particularly tense meeting, instead of beginning with prayer, one of the leaders chose to read 1 Corinthians 13:4-7, “Love is patient, love is kind. It does not envy, it does not boast, it is not proud. It does not dishonor others, it is not self-seeking, it is not easily angered, it keeps no record of wrongs. Love does not delight in evil but rejoices with the truth. It always protects, always trusts, always hopes, always perseveres.” On this we could all agree, even if we found no agreement elsewhere.

Since it is difficult to keep the beneficial, formative aspects of conflict in the forefront when frustration, anger, and hatred can flare, having a posture which employs holy love and rests on truth is critical to wise discernment.

I would like to report that after this precious moment we figured out a way to accommodate all parties, but a short time later the fellow believer decided it was best to join a different church which more aligned with their view of discipleship. Though our fellowship did ultimately decide to adopt a few of the fellow believer’s suggestions the biggest change was that we learned to be civil even in disagreement. No bridges were burned. No one disengaged. No one played the victim or dominated the discussion. No one misrepresented the opposing view and no one compromised deeply held convictions (i.e., Romans 12-14). The fellow believer even offered to continue to fund a ministry through our church which they had been led to support. Though our methodologies differed, we found common ground in the Missio Dei.  Becoming cognizant of how our conduct during conflict reflects the likeness of Christ protected us from becoming embroiled in the spirit of dispute, and rather inspired us to be filled with the Spirit of truth and love.

I’m not naïve enough to think that all conflict everywhere can be resolved as I have described here. My point isn’t to give a prescriptive process for conflict resolution, but rather, to encourage other leaders that conflict has the opportunity to be formative in our congregations. When done well, conflict raises the temperature enough to promote healing without making the environment unbearable for human relationship. As leaders, it is imperative for us to be first in allowing our hearts to be transformed by the Gospel, that in all things we may better reflect the heart of Christ. So, when a conflict begins—disagreement, debate, dispute—we capture those sparks to be placed before Christ and fanned to a refining flame by God’s holy love and truth.

Pastor Naomi DeBord Bivins is a daughter of God by grace alone, an engineer by degree, a former stay-at-home-mom who discovered she loves to preach, and a teacher who lives to encourage others into closer relationship with Christ. Her leadership journey has been featured by the Global Leadership Summit as a “Story of Impact” (2018). When she has had time to put the experience into words, her articles have been published in Christianity Today, Relevant, and Thrive Magazine. Naomi received her MA in Christian Leadership from Asbury Theological Seminary. She is currently pastor at The Foundation Church in Western North Carolina alongside her husband, Andy, and three children. 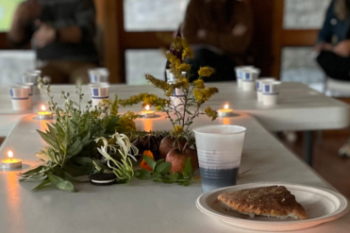 Community Starts in the Heart

Blessed are the pure in heart, for they will see God. -Matt. 5:8 Pray without ceasing. -1 Thess. 5:16 “Community starts in the heart.” Could there be a more Hallmark way of talking about cultivating community? Maybe not. As Henri… 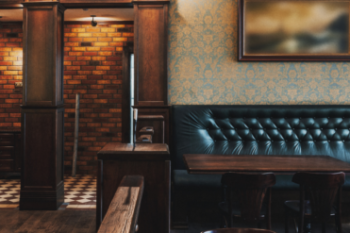 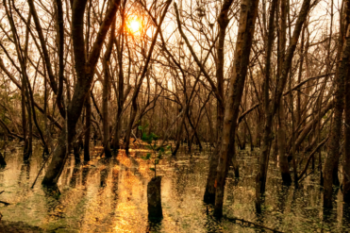 We were lying in bed. For days, she had been languishing with nearly unbearable pain. Most mornings, we were unsure if she would be able to get up out of bed, to eat, to drink, or to move downstairs. But this day she had spent a few hours in the… 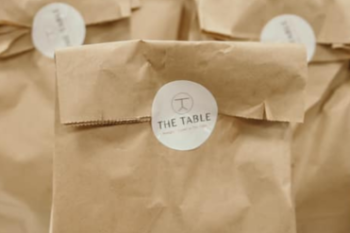 Building a Table for Those Who Need It

Some years ago, I was working for Marriott and assisting with setup prior to opening a new hotel in Abingdon. A small crew of men from Honduras were tasked with facing the front of the building with rock. They brought with them a massive load of thin, flat rocks which…